Bleeding gums are most often caused by harmful plaque – and the millions of bacteria in it – found at or around the gum line being left to develop gingivitis. Gingivitis, a mild form of gum disease, may require treatment and improved oral hygiene to help eliminate it. If left untreated, bleeding gums and gingivitis can lead to a more serious form of gum disease called periodontitis.

If you don’t have gingivitis, but still suffer from bleeding gums, don’t ignore the problem. Bleeding gums can also be caused by bleeding disorders, leukemia, vitamin K deficiency, hormonal changes, scurvy or the use of blood thinners. If you notice bleeding from your gums, it’s best to consult with your dentist or doctor to determine the cause. 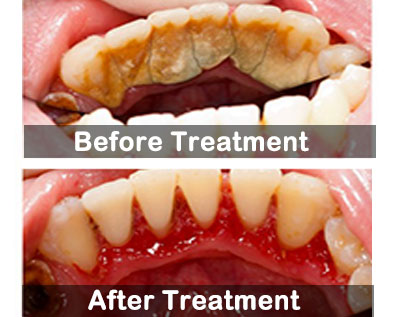 How to Stop Bleeding Gums

There are many ways to help improve your oral health and help eliminate bleeding gums. Since bleeding gums are mainly due to inadequate plaque removal from the teeth at or around the gum line, starting an effective oral hygiene regimen is a great way to help treat and prevent gum bleeding. Here are some oral hygiene tips that will help you keep your entire mouth healthier and help prevent or reduce gum bleeding: