Ideally, a human being should have 32 teeth. But like we all know, not all the teeth come at once. It’s between the ages of 17 and 25, the large teeth at the back – ‘the third molars’ come through at last. These third molars are commonly called as wisdom teeth. We have four of them and they appear at the last. It was back in the 17th century that the third molars were called the ‘teeth of wisdom’ as they appeared when the individual is no longer a child. It’s from the 19th century, the term ‘teeth of wisdom’ became ‘wisdom teeth’. A wisdom tooth can grow sideways, crooked and misaligned and push on to the other teeth causing overcrowding and misalignment in the mouth. Below are some of the reasons why one should consider removing their wisdom teeth:

Pericoronitis: It is the inflammation of the tissue surrounding the wisdom tooth. It’s commonly seen in young adults. Typical symptoms include swollen gums around the tooth, pain and bad taste in the mouth. More serious symptoms include fever, wisdom tooth abscess, and swelling.
Caries: It’s also called tooth decay is a common issue with the wisdom tooth. If not properly taken care of, it would lead to pulpitis, which is the inflammation of the dental pulp. This can lead to severe pain and can lead to tooth root infection. Tooth root infection is another reason for tooth extraction.
Periodontitis: It affects the tissue and bone and can cause the tooth to loosen. Extraction and replacing it with prosthesis might be the only options left.
Severe tooth or jaw trauma, root fracture are other reasons for which the tooth needs to be extracted.
If they grow out in the wrong angle, causing to put pressure on the other teeth
There might not be enough room in the mouth to accommodate the new sets of wisdom teeth.

The cost of extraction depends on how challenging it is to remove the tooth. The upper wisdom teeth are usually easier than the lower ones. Surgical extraction would be required if the tooth is partly or completely inside the jawbone. Local anesthesia is used to make the removal painless and comfortable. However, little pain and discomfort are common once the anesthesia wears off. If the wisdom tooth is impacted and embedded in the bone, the dental surgeon removes the teeth in sessions to minimize the amount of bone removed. If the tooth is covered by the gum, an incision is made to reach it. Pressure might be felt when the tooth is removed, as the dental surgeon needs to pull the tooth back and forth before it is taken out. Pain will not be felt as the area surrounding teeth is numb. If a cut is made, dissolvable stitches are used to seal the gum. 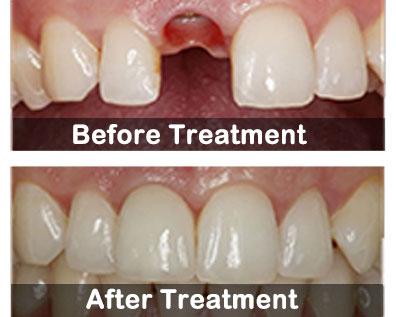 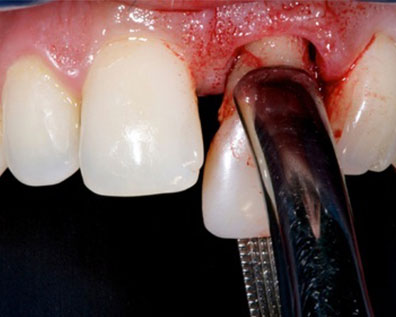 Following the removal of the tooth, the patient will be asked to bite down a gauze so that it reduces the bleeding. After the tooth is extracted, the patient is likely to experience pain and swelling in that region. There might be some bleeding as well. However, some over the counter painkillers might be enough to manage the pain. Sometimes the dentist might prescribe some medications that need to be taken over the next few days. It’s best to avoid consuming solid and spicy foods, alcohol, coffee or other hot beverages in the coming days. One must remember not to brush their teeth on the very same day of the surgery. As wisdom teeth extraction can be surgical procedure, like always one must remember it’s always wise to seek a second opinion before any surgical procedure.